I was not expecting this to be this hard.

The question is: Given only teleportation and no other superpowers, can you reliably travel transcontinental distances without instantly dying?

The reason it’s hard is that the point you start from and the point you end at are not stationary relative to each other. The Earth is rotating on its axis. It’s also revolving around the sun and whirling around the galaxy and for all I know it’s disco dancing through the cosmic microwave background, but the rest of those aren’t relevant.

Here’s why the earth’s rotation is a problem, helpfully explained in comic form:

Little did Calvin know that if he ever invented teleportation his life would depend on this very thing.

The point toward the middle of the record is a point toward one of the poles, closer to the axis of rotation. The point on the edge is a point on the equator, away from the axis. They’re moving at different speeds. Say you’re in San Antonio, and you teleport to Mexico City. Well, Mexico City is moving seventy-eight miles per hour faster than San Antonio. The nearest wall rushes you at 80mph from the west, and I don’t like your chances. And that’s two cities that are pretty close together. 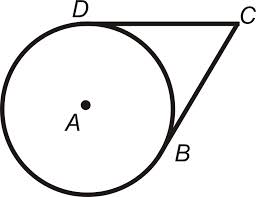 Suppose this diagram represents the earth, with us looking down on it from above the North Pole. (This is in fact exactly what it represents.) The earth rotates counterclockwise around its axis, which is helpfully labeled A. There’s nothing at point C; don’t bother going there. It’s spinning counterclockwise: If you’re at point D then your current movement is directly left.

The obvious solution is to teleport to the point precisely ninety degrees east of you. For instance, from B to D on that diagram (Just pretend they’re ninety degrees apart.) Then the direction you’re currently traveling in is straight up. You go up, eventually gravity turns you around, and you come back down into the middle of the Atlantic. Bring a parachute and a life raft. Or, if you’re Indiana Jones, just a life raft.

This doesn’t work. Partly because the very fast speeds in question are in fact faster than the speed of sound. You’re not surviving that. More importantly, even if you do use that trick, it just cancels out the momentum you already had. It doesn’t get you moving in the direction Point D already is. Stopping only helps if you’re aiming for one of the poles; you need to match the speed and direction of your destination.

OK, next obvious solution (spoiler: this one doesn’t work either). You can try to get to the point 180 degrees across from you like this: Teleport 90º east, as before. You fly up. When gravity remembers to pull you back, you start falling. Note that, if you started at the bottom of the circle, you are now on the far right, and “falling” means falling left. At some point before you hit the ground, teleport straight up and keep falling. You speed up, gaining 22 miles per hour each second. (I’m starting to regret not using metric for this post.) Eventually you’re moving at the right speed. Since you’re already going in the right direction, you can now safely teleport to your destination. (This can get you to one of two points: The farthest point on Earth from where you started, or the point that corresponds to that one but on the other side of the equator.)

Except that it doesn’t work. It doesn’t work because of one of the most annoying things in the history of physics, air resistance. Human terminal velocity is around 120 mph, and you can’t get much faster than that while falling through air on earth. Depending on where you want to go, you might need to be moving several times that.

So you do it from higher up, outside Earth’s atmosphere. On the bright side, there’s no air. It won’t interfere with your attempts to speed up. On the less bright side, there’s no air. If you know enough to not hold your breath, you’ll survive with no permanent damage for up to ten uncomfortable seconds. But by fifteen you’ll lose consciousness, presumably lose your ability to teleport, and then die. So let’s keep it under ten seconds of vacuum exposure.

Unfortunately, this can’t work. Earth’s gravity can give you 22 miles per hour extra speed for each second you spend in freefall, but you only have ten seconds. Say you’re falling at 120 miles per hour the regular way, then get another 220 from doing that insanely dangerous thing for ten seconds. That’s still not fast enough. If you’re aiming for somewhere equatorial, you need to be able to reach 1080 mph.

The problem here is that Earth’s gravity can’t accelerate you enough. (And no, you don’t get to bring rockets with you.) So, it’s time for another obvious solution: Teleport to Jupiter! This involves some major headaches, because it turns out that your departure and destination cities are not actually in the same orbit as Jupiter. So now we actually do have to think about position relative to the sun as well as position relative to Earth’s axis.

The plan is the same as before: Teleport to a specific point above Jupiter. Spend up to ten seconds letting its gravity pull you toward the planet. This will never take more than ten seconds thanks to Jupiter’s gravity; exactly how long it takes depends on how close to Earth’s equator your destination is. Pick the point above the planet in such a way that the line from where you are toward Jupiter is the vector that will, in a few seconds, make your velocity match the velocity of your destination. Once you’re going at the right speed in the right direction, teleport to where you want to go. You’re travelling at insane speeds, your destination is travelling at insane speeds, and if you did the math right then you’ll match up perfectly.

We can’t always do this. Earth and Jupiter are moving at up to 100,000 mph relative to each other depending on the time of year, and it would really suck if you forgot about that and burned up in its atmosphere. In order to avoid complicated math, let’s say you only do it when Earth and Jupiter are moving along parallel lines. This happens about twenty-two times every twelve years.

With the two planets moving in the same direction, or in directly opposite directions, you just have to pick the time of day when that direction is the vector you want. (Or, once again, the exact opposite direction.) Then you teleport directly in front of or directly behind Jupiter, get the velocity to match your target city, and there you go. Because “teleport interplanetary distances instantaneously and use a gas giant’s gravity to change your velocity at 10g for a few seconds in hard vacuum before teleporting back to the planet you started from” is totally a reasonable thing.

10 thoughts on “Long-distance teleportation is hard, you guys.”